Bringing love, healing and freedom to the community through Jesus Christ 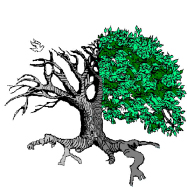 In 1980 the Lord called the late Rev. Dr Col Warren to establish a ministry of healing and deliverance. He called Col and three others to pray one night each week, opening his Word to them and revealing the foundational principles upon which the ministry would be based.  These four people began ministering as the Lord directed.

Rangeville Uniting Church had been the venue from which this work has grown over the years, with many members of this and other churches becoming involved. The deliverance teams have ministered to thousands of people individually from intrastate, interstate and overseas.

In February, 2004, Rangeville Uniting Church left the Uniting Church in Australia to form Rangeville Community Church, Freedom Life Centre continuing as one of its ministries. From the beginning of 2015 the word ‘Centre’ was dropped from the title.

Teams have personally travelled and ministered in all states of Australia other than ACT, and internationally to Spain, United Kingdom, Rumania, Hungary and Czechoslovakia.

Telephone ministries have been conducted to all states of Australia, and internationally to Fiji, Hungary, USA, Spain, PNG and Solomon Islands. Today a growing number of remote ministries are via Skype or other video conferencing technologies.

Training Seminars have been conducted in most Australian states, and continue today from Rangeville.